There's no hype. The people that we received good reviews from had a good time, pulled a chair up to the bar and met other great people to: drink with, hit the sites, share good info, and hit the night life with. A lot of long lasting friendships and connections whether business or personal interest have been made in our hotel.

I originally put the mirrors in the rooms to give the illusion of more space and to supplement the rooms having no windows. I can imagine it would enhance ones sexual experience. I have no first hand knowledge of sex in our rooms, but do have from hotels in Las Vegas, Puerto Vallarta, San Diego, Valencia and a number of other cities around the world, and can't imagine us being any different, except those others didn't have great mirrors.

We don't accept credit cards and are cash only. Since opening in 1994, 99.999 percent of our customers haven't had a problem with this. In Asia, using a credit card from abroad usually comes with a 3-5 percent tacked on to the price as well as overseas charges from your bank. Why the poster paid 13 dollars in ATM fees is beyond me as most ATMs in Phnom Penh have a fee of 4 dollars and there is one in town that has no ATM fees. Most of our customers have a C note in their wallet, which is enough to cover 3 nights stay in a standard room and two nights stay in a deluxe as well as lunch, dinner and plenty of beers for that duration.

We keep the key at reception for our guest security. We have other copies of keys which I believe we only had to use once when a customer lost his key.

I agree the texting thing is a little out of hand not only at our hotel but on a global level. IMO the internet has ruined South East Asia, making it easy for all the trailer park trash to access and inject their worst into the local cultures. This was a lot better place with out the cell phones as well.

Location and value issues have already been addressed in other Mgmt. responses. 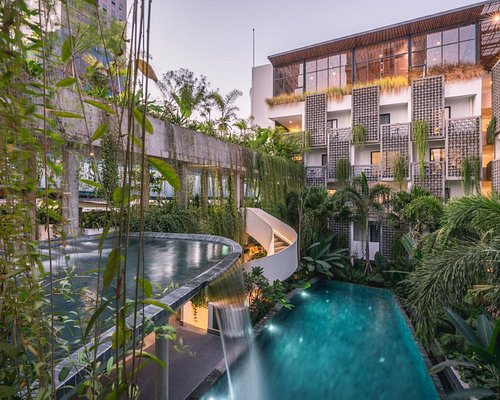 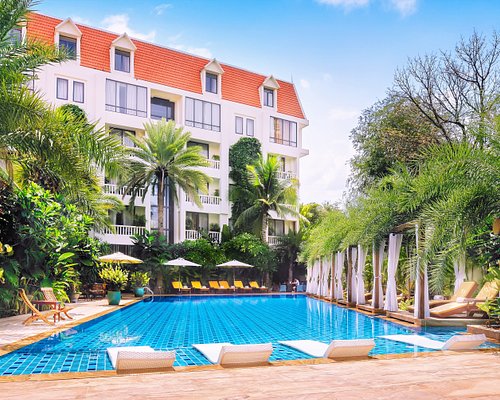